Many many moons ago I was a fresh-faced law student at Oxford University, and spent three wonderful years there having a huge amount of fun and doing as little work as possible to get by. This weekend, prompted by a visit from my lovely Texan friend Sam and his girlfriend Kristen, I decided to do a little road trip with them and Ste down memory lane and revisit the city of my university years. 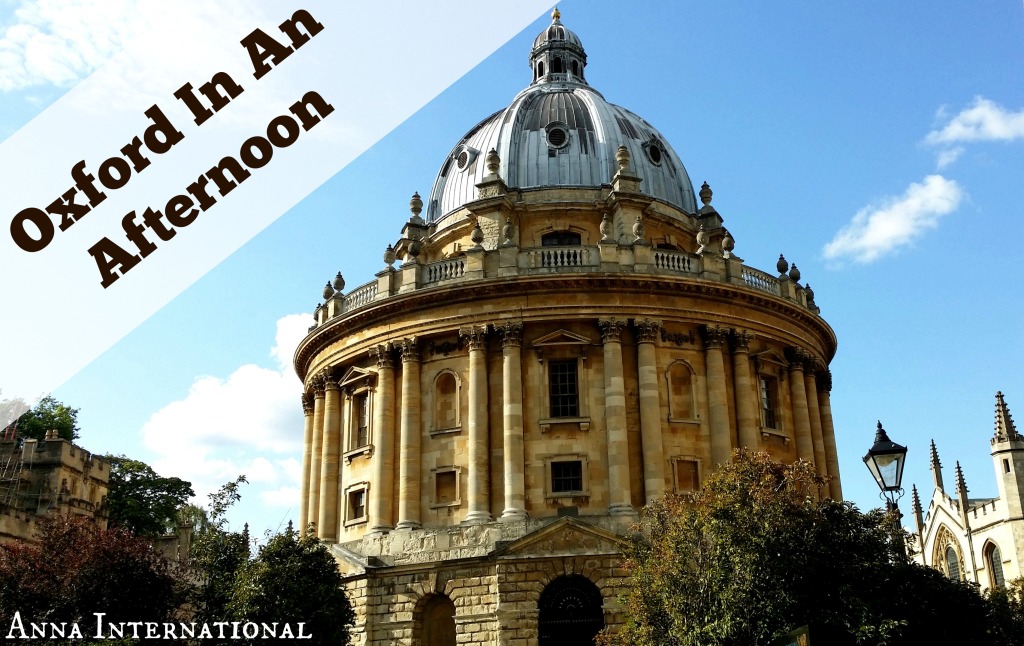 We sadly had only an afternoon to see the highlights of the city, but you could easily spend a couple of days there and not get bored if you like architecture, history, landscaped gardens, or even shopping in pretty boutiques or drinking in historic pubs! This is a little itinerary for a whistlestop tour, but it still manages to find time for plenty of local ales.

We arrived about 3pm and checked Sam and Kristen into their hotel – the historic Bath Place off Holywell Street. I thought I should recommend a hotel that was as ‘quaint’ and ‘english’ as possible for my American friends to have an authentic Oxford experience and Bath Place certainly delivered, with a rickety winding staircase up to their room and beautiful old beams and lovely heritage decor. I’ve stayed a night here myself and remember deep soft beds you could happily sleep in for days. They’ve not paid me for this glowing review, but maybe I should ask for a free night some time? If you prefer a more modern hotel, then I recommend the Old Bank Hotel on the High Street which also has the added bonus of being the location of the excellent Quod restaurant. 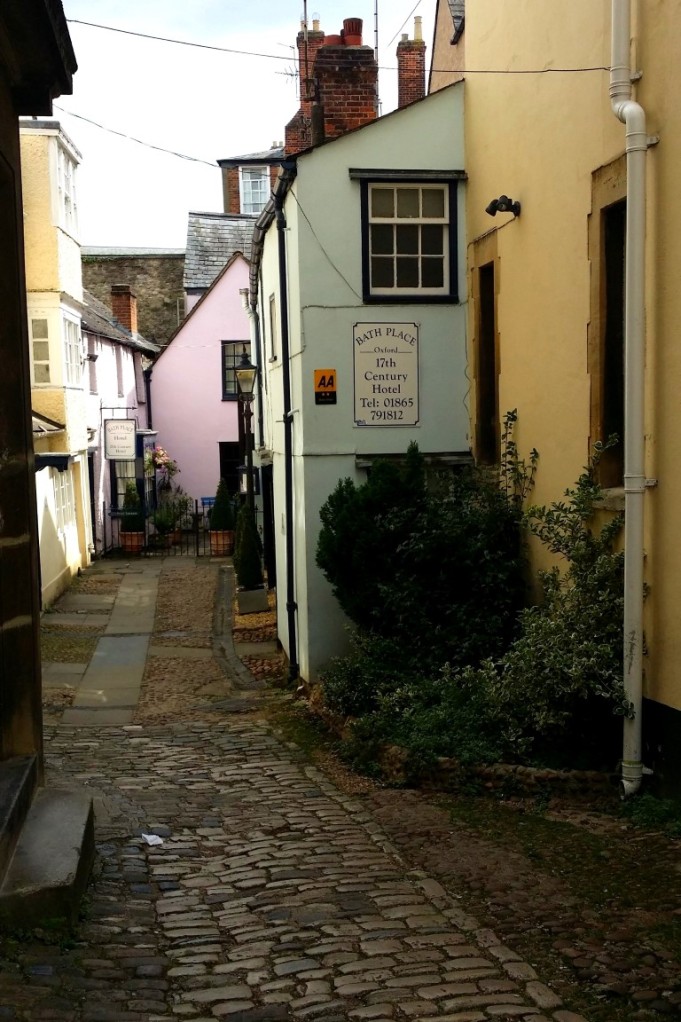 Accommodation sorted, we headed next door to the famous Turf Tavern to refresh ourselves after the drive, with some much needed beer. I had a pint of the Turf Tavern’s own ale, which didn’t exist back in my day, sadly. 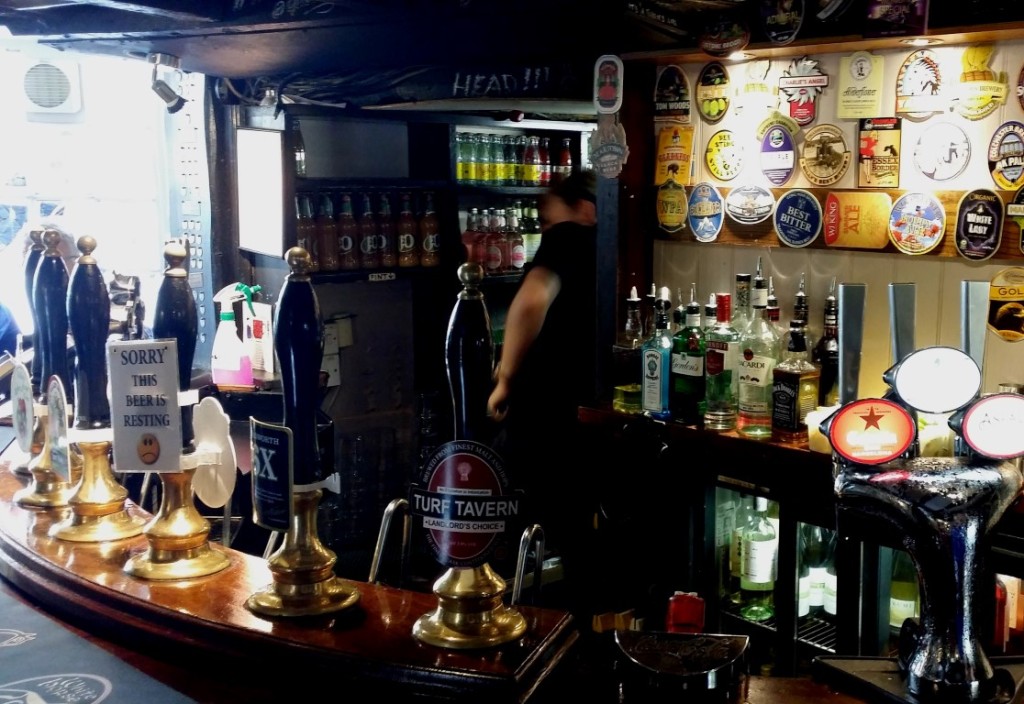 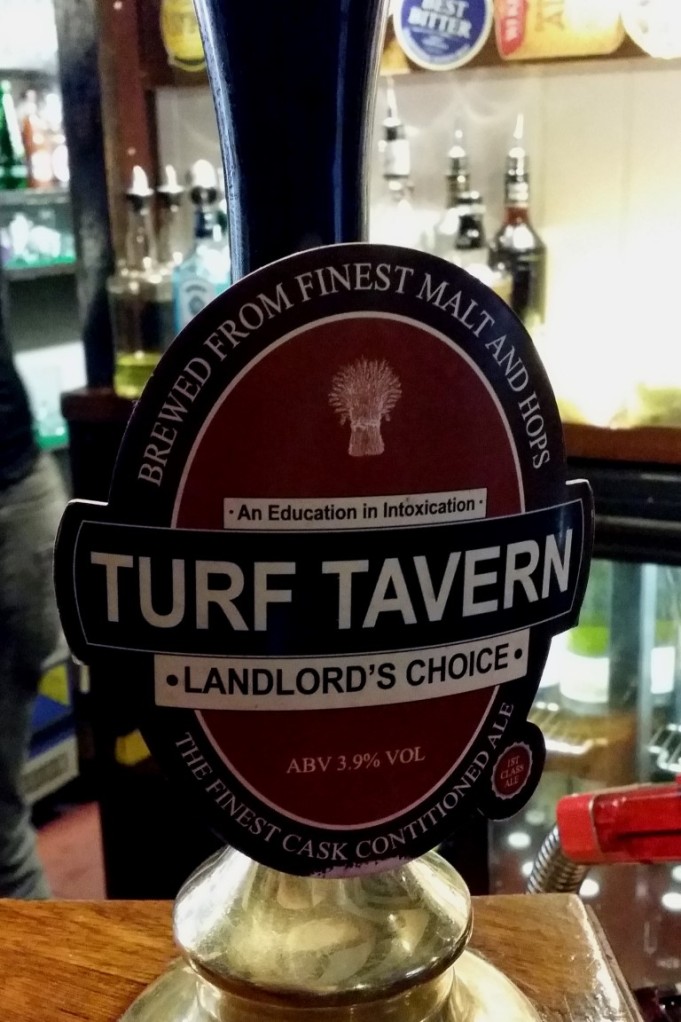 The Old Rosie cider was spectacular as ever (cider as cider should be, I reckon, and I’m from Somerset), and we accompanied our drinks with a scotch egg, the likes of which our Texan buddies had never heard of. Sam was in fact cautious about eating it because he worried it was testicles or something, along the lines of haggis! He refused to believe it is simply a boiled egg, buried inside pork sausage meat, covered in breadcrumbs and deep fried. So unhealthy, but absolutely the perfect pub snack. 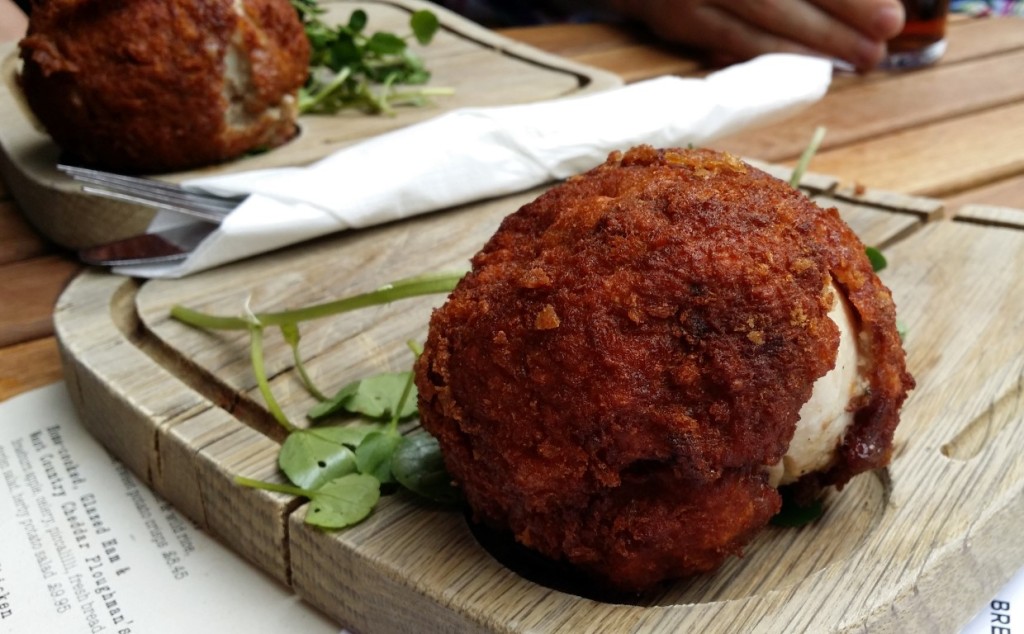 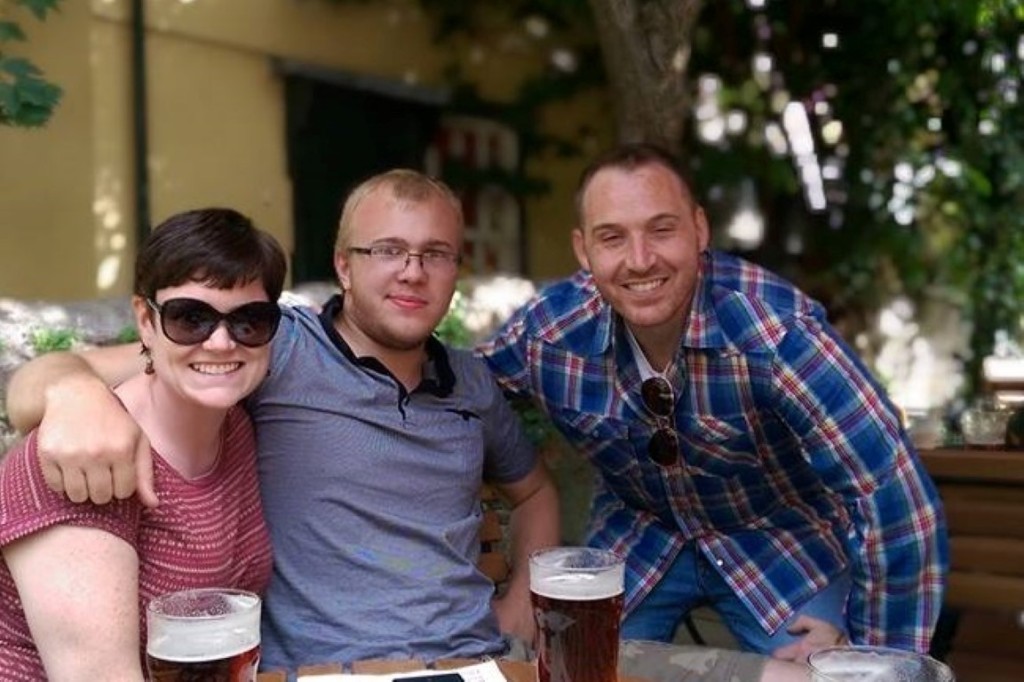 I was already reminiscing away, the Turf having been one of our favourite haunts back in the day, but it turns out that it hadn’t yet become annoying as all three of my ‘tourists’ were happy to accompany me into my old college, Brasenose, which is just around the corner from the Turf Tavern, down a little winding street, amusingly named St Mary’s Passage: 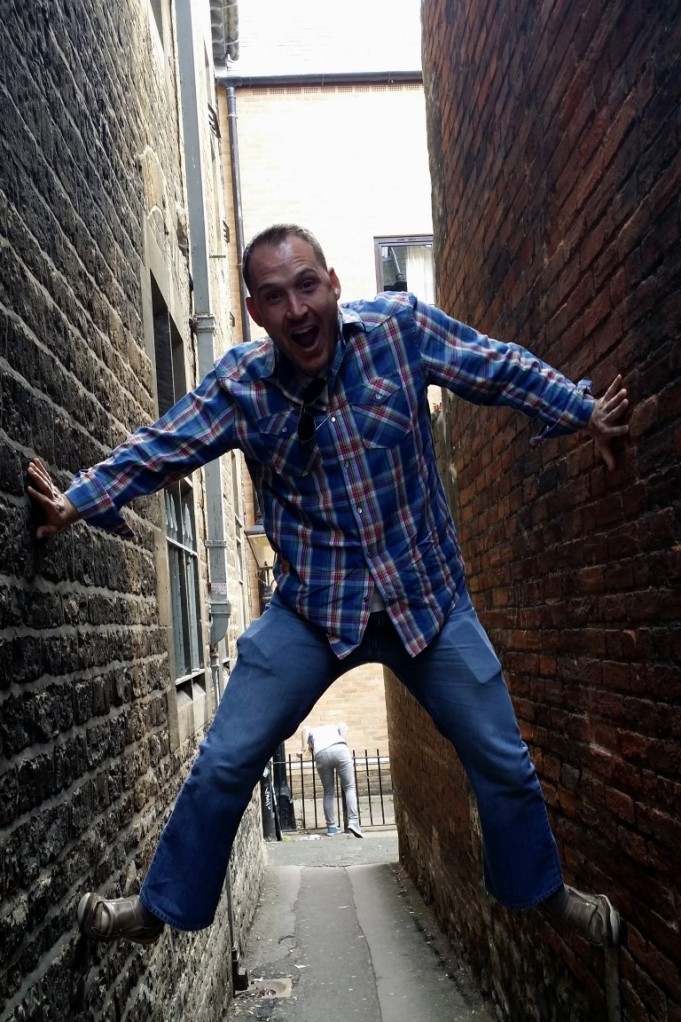 On the way between the two you can see the Bridge of Sighs, suspiciously similar to the Venetian bridge of the same name, but actually completed in 1914. I just learned this. All the way through my degree I succumbed to the Oxford legend of it being a copy of the bridge from the 19th century, courtesy of Lord Byron. Embarrassing. So much for my tour guiding skills.

Anyway, on your right as you walk towards Radcliffe Square is the Bodleian Library, which houses a copy of every book printed in the UK in huge vaults under the streets of the city. Sadly you cannot visit the deepest vaults, but there is a tour which you can take of some of the underground portions. It’s on my to-do list, because I love exploring the hidden world under cities.

The Radcliffe Camera is a very strange looking round library set in the middle of the square. It is fondly known as the Boob, amongst students, because it bears more than a passing resemblance to a large breast. 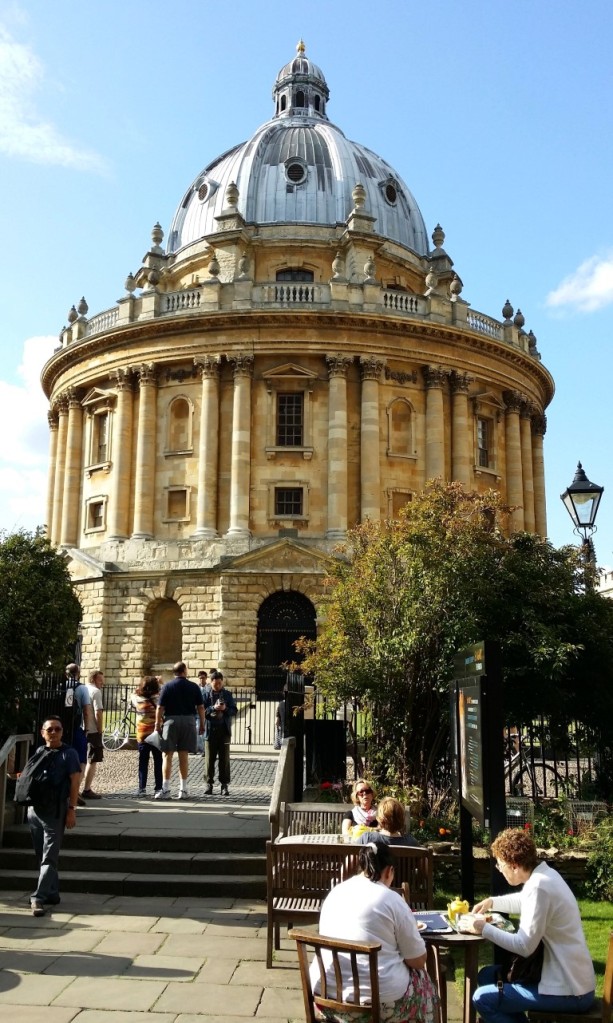 My college, Brasenose, sits alongside it. There was the familiar ‘Closed to Visitors’ sign across the huge wooden doors, but having lived there for three years I consider myself an inmate, not a visitor! I went into the Porter’s Lodge (the college reception) and said I was an alumni, could I please show my friends around, and he was more than happy for us to have a wander. 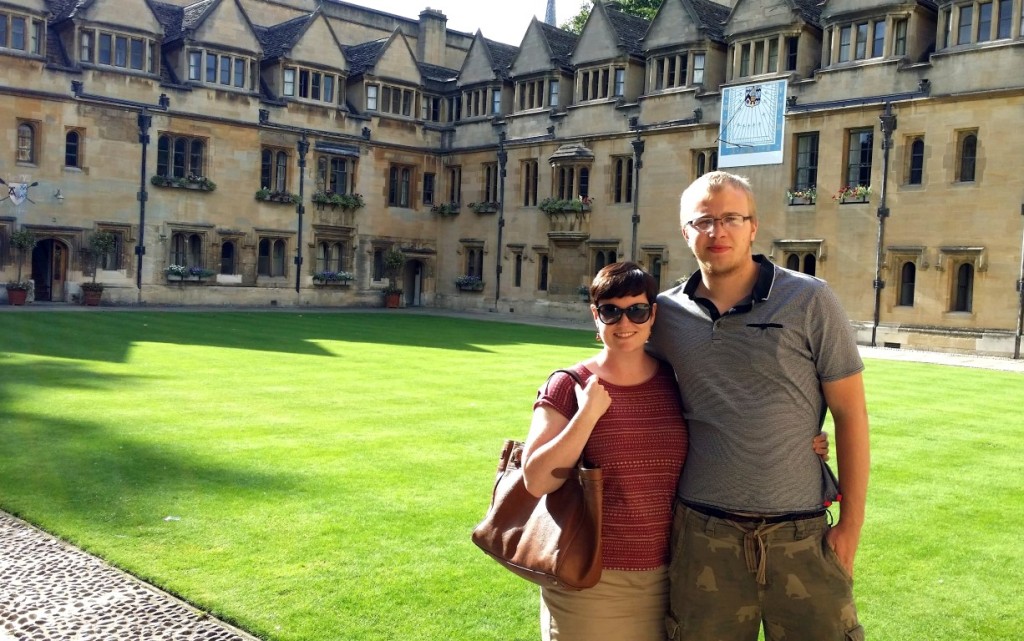 I showed them the Quadrangle where some of the Harry Potter broomstick flying lessons were filmed, and the very famous ironic Brasenose Deer Park (an area about 20m², clearly boasting a complete lack of deer), before taking them into the dining hall, where they marvelled at the portraits of masters long gone. One of these ‘went’ whilst I was president of my college Law Society, so I had to give his obituary at the Annual Dinner. He didn’t believe women should be allowed at Oxford and once sat in silence, waiting for a boy to join the three patiently waiting girls, so it would be “worth his while” giving a tutorial. Thankfully I only had to endure him for one term and can happily report that the rest of my Oxford experience was exactly the opposite, but he remains the leading expert in his field, even from beyond the grave.

It took them quite a while to spot what most new students to Brasenose notice at some point during dinner on their first night. The college crest is reproduced in ornately carved wood six feet high above the High Table. The heraldic terminology of a ‘unicorn rampant’ suddenly makes a little more sense. For those of you of a sensitive disposition, please do not look too carefully at the photograph below. The picture is a little blurry because even now I am too embarrassed to look! 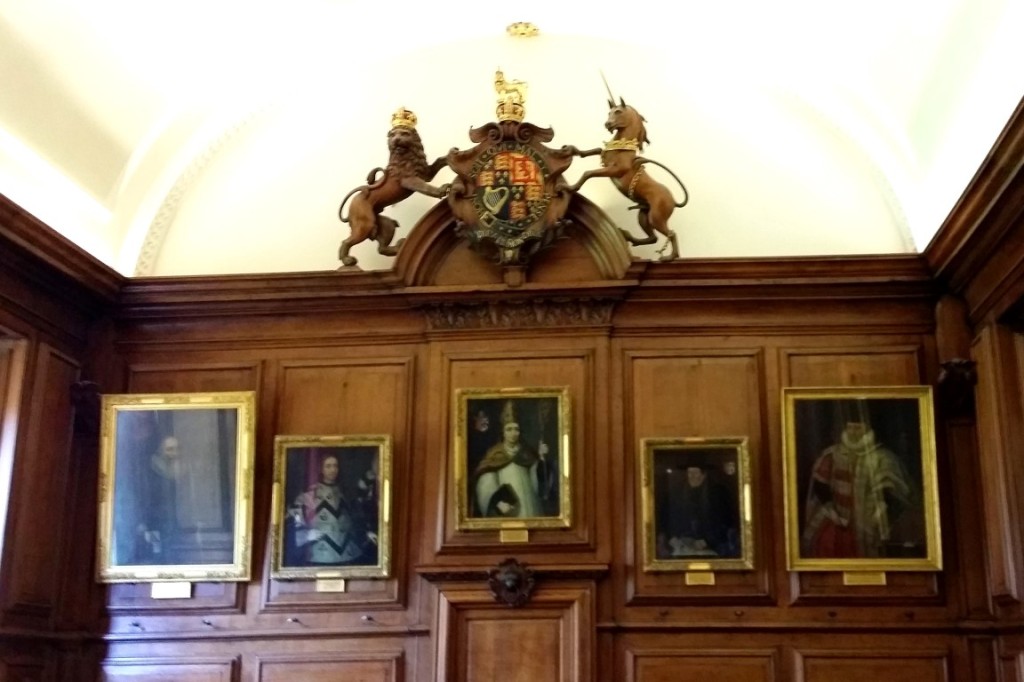 Our visit to BNC, as it is affectionately known, was soon over, and we headed to St Mary the Virgin Church, on the edge of Radcliffe Square, with the intention of climbing the tower for one of the best views of Oxford. Sadly it was 5.30 on a Sunday evening and it was just closing, but Sam and Kirsten went back the following morning. I highly recommend you fit in a climb of this tower – you can see all the dreaming spires from up there and it is beautiful, and only costs £4.

We went out onto the High Street, and, were it not for my appalling planning in bringing them so late on a Sunday, we would then have gone into the Covered Market, a lovely place to shop, eat, drink and people watch. We had intended on having some sort of afternoon treat there, but having missed it, we did the next best thing (arguably, a better thing). We went down Aldgate Street, which starts at the Carfax Tower, and stopped at G & Ds for an ice cream. 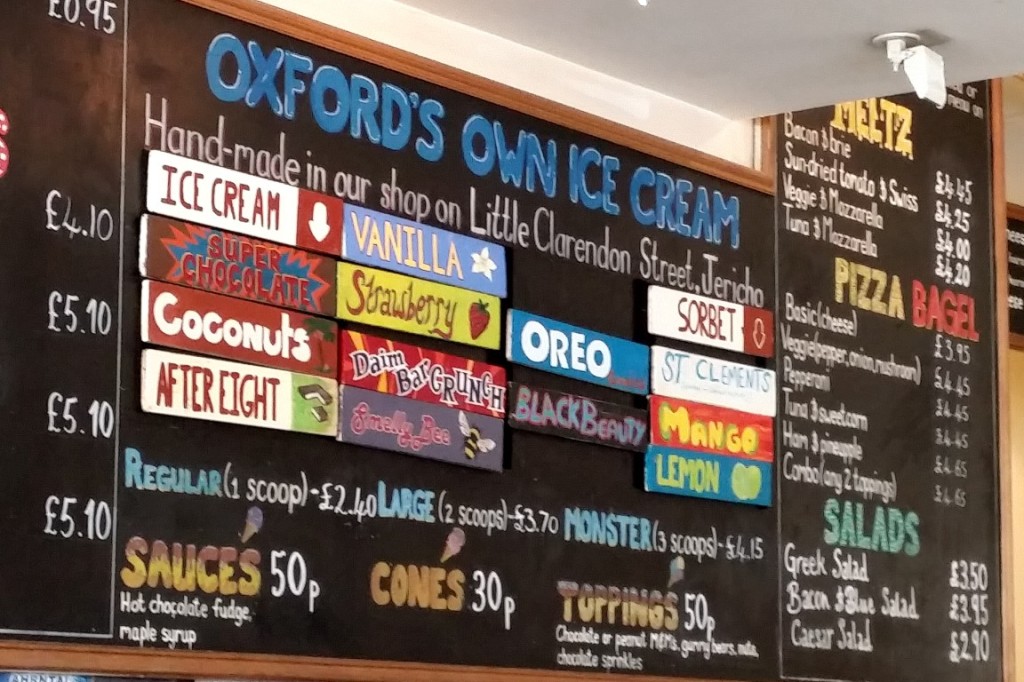 They do a fantastic selection of ice creams, and also have a monthly ‘petition’ flavour – if you can get enough signatures for your crazy ice cream request, they will create it for you. The petition flavour yesterday was ‘Smelly Bee’, a delicious mix of lavender and honey, but in the past I recall a mustard and ham flavour that actually managed to be fairly edible, if not exactly what you want on a hot summer afternoon. I had After Eight and Dime Bar ice creams, both of which were splendid. 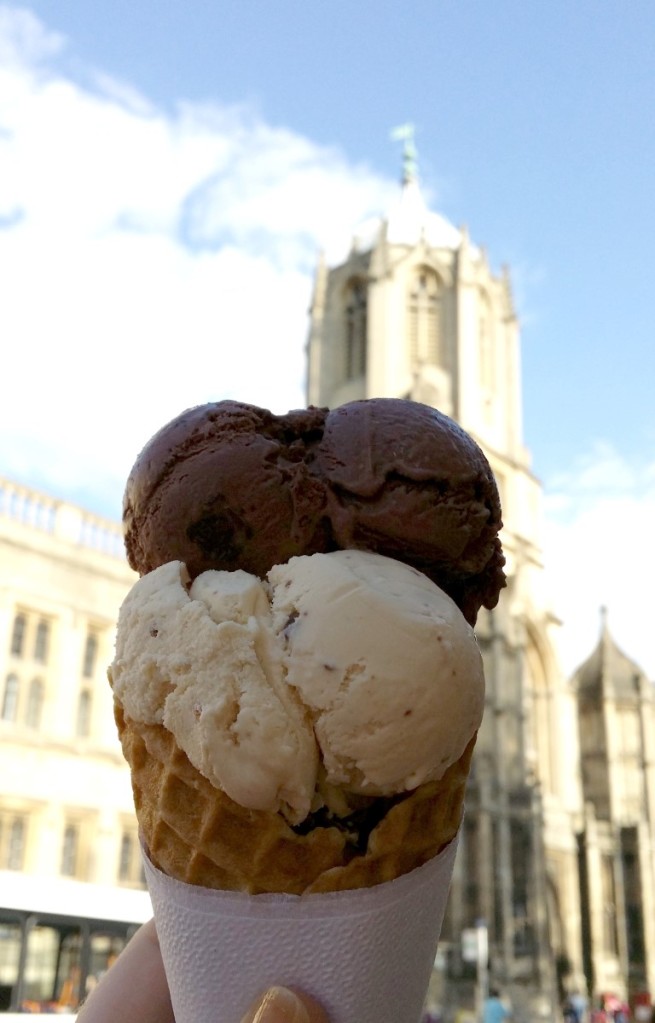 We then crossed the road and tried my “I’m an alumni” trick at Christchurch college (in the background in the photo above), made famous by the Harry Potter movies, particularly the dining hall. Sadly the porter was a little too wise, and asked, “At this college?”. I had to confess not and she asked me to come back in visiting hours. Happily you can still wander in Christchurch Meadows even when the college is closed, so we walked a little further down Aldgate and went into the gardens on the left. 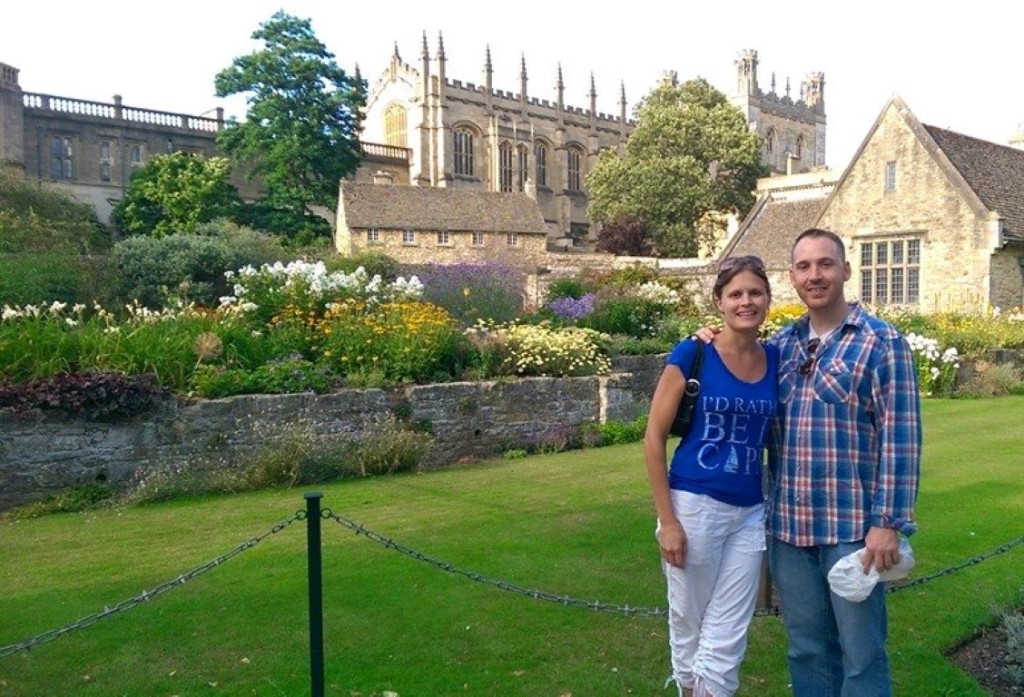 As you enter you can see the outside of the dining hall of Harry Potter fame on your left, the building with the spikes behind Sam and Kristen here. You are then literally in fields, in the centre of Oxford! The fields back onto the River Cherwell, a very pretty place for a stroll. 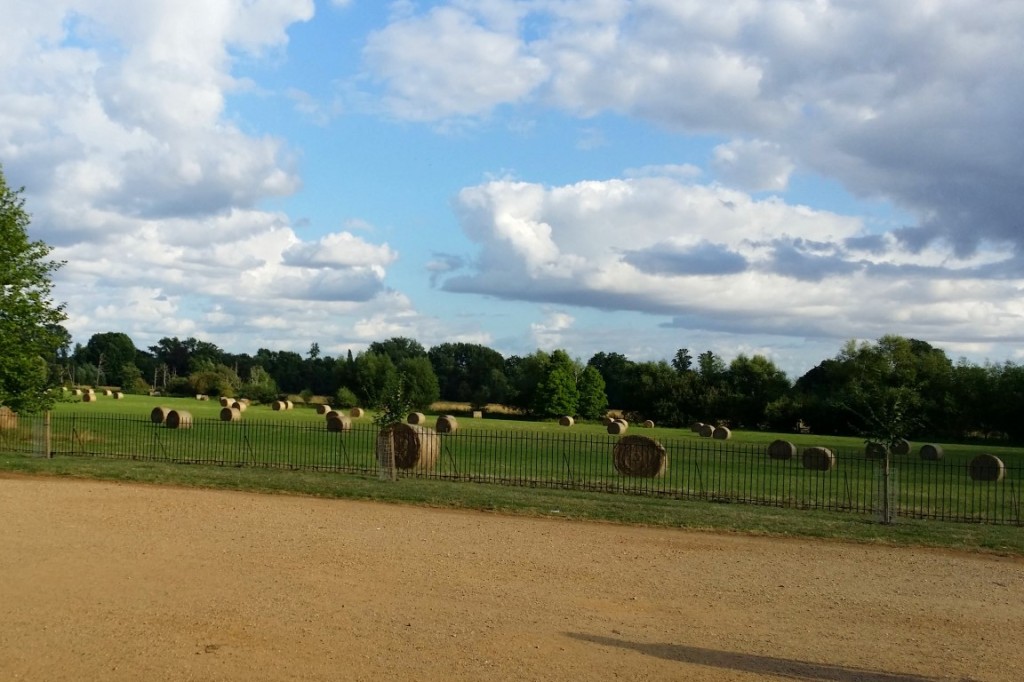 However, we didn’t have time, so walked on past the college and its famous Cathedral and made our way along the path down the side of the college gardens back to Merton Street.

At this point, we were thirsty again, so stopped in at the historic Bear pub, one of the oldest in Oxford (circa 1240), and with an insane collection of school, college and university ties dating from the 1900s. There we made friends with a really fun family from Chicago and proceeded to drink a lot of beer with them.

Sam, being the good tourist that he was, had an agenda of the places he wanted to visit, though mostly pubs, so we soon left and went to the last stop on our whirlwind tour – the Eagle and Child pub, where JRR Tolkein and CS Lewis used to meet with their writers group. Legend has it that Lewis first unveiled the proofs of the manuscript for The Lion, The Witch and the Wardrobe here. This is where we had to end our tour, as I had to drive home (please note, I had not been imbibing beers with the rest with the exception of one at lunch time) and so we left Sam and Kirsten to dinner in the Eagle and Child, or Bird and Baby as it is more fondly known, and headed back down the M40 to Maidenhead.

We didn’t see everything Oxford has to offer by any stretch of the imagination, but I think they all got a pretty good idea of the town, and what student life was like, with a little bit of history thrown in (even if some of it was fake). I like to think they enjoyed it as much as I did!