Once again I return from a period of radio silence. The reason this time – handing in (a draft) of the thesis, and then a holiday in Portugal, followed by a hectic catch up at work. I am hoping to have time now to get back to blogging regularly because not only do I miss being able to journal my life in this way, but I miss the friendly comments and messages from my blogging buddies! Please, keep them coming. And if you’re one of my real-life friends reading this (more of you do than I realised), please feel free to comment as well – it’s easy, you just need to put in your email but that won’t show up on the site, just whatever name you enter. I’d especially love to hear from all of you.

So – the thesis. Got to mention the dratted thing I suppose. Well, a few Sundays ago was D-Day again, I should have handed in the very final draft for my supervisor, but when it came to it I just couldn’t finish. It is significantly improved and so nearly there, but I am struggling with one particular concept and how it affects my central argument and until I can get that really straight in my mind, it is not ready. Eventually I will have to ‘defend’ it in a two-hour confrontation with four professors who will be grilling me on it, so I have to be completely convinced of my argument before it gets to that stage. Oh, and did I mention that horrendous experience will be public, so anyone who happens to be in Florence that day can come along and watch my torture? Yeah. Not looking forward to that. All the gelato and amazing Tuscan wine and pasta in the world cannot make up for how awful that two hours and the subsequent fifteen minutes waiting for the verdict will be. I am finding it very hard to see that this is all worth it, given that I am thinking about quitting law when I’m done, but (un)fortunately I am far too proud to admit defeat and I will finish the darn thing whatever happens. So, more work ahead, but I’m one step closer (to the edge!).

So late Sunday I emailed the dratted thing off, then turned my attention to a frantic packing session because our flight left for Lisbon at 6am Monday! Luckily so many years of living abroad means that I have packing down to a fine art and barely need to think about it anymore, the main difference between each suitcase I pack is usually the outfits, depending on the season, but everything else is ready and waiting in my suitcase for another trip. I know a lot of people struggle with this so I plan to share my packing ‘wisdom’ (ha!) in another post shortly, probably with a checklist to help you pack for your next short break.

Monday then – holiday! Hooray. Rarely has a break felt so well-deserved, except for perhaps the three weeks I spent in Rio for Carnaval right after I submitted my book manuscript. Ste and I were both very excited to get away for a few days and I think Ste was excited that he would have my full attention for a few days, because the poor chap has been seriously neglected whilst I stress about work lately. A work colleague commented the other day that since he and I have only been together a year and a half, all of which time I’ve been working on the thesis, he will be in for quite the shock when I finally finish and he realises that I am actually quite a fun and carefree person! It’s very true – my life has been hostage to the thesis for too long, he will hardly know me when it’s over. Let’s hope he still likes ‘fun’ Anna!

Lisbon was fantastic. The first day it rained pretty torrentially all day, turning the steep cobbled streets of the Alfama district into fast-flowing rivers, so we did what any sensible person who forgot an umbrella would do in these circumstances … sought refuge in the nearest restaurant and ordered a huge meal of Portuguese delicacies, washed down with delicious local wines. 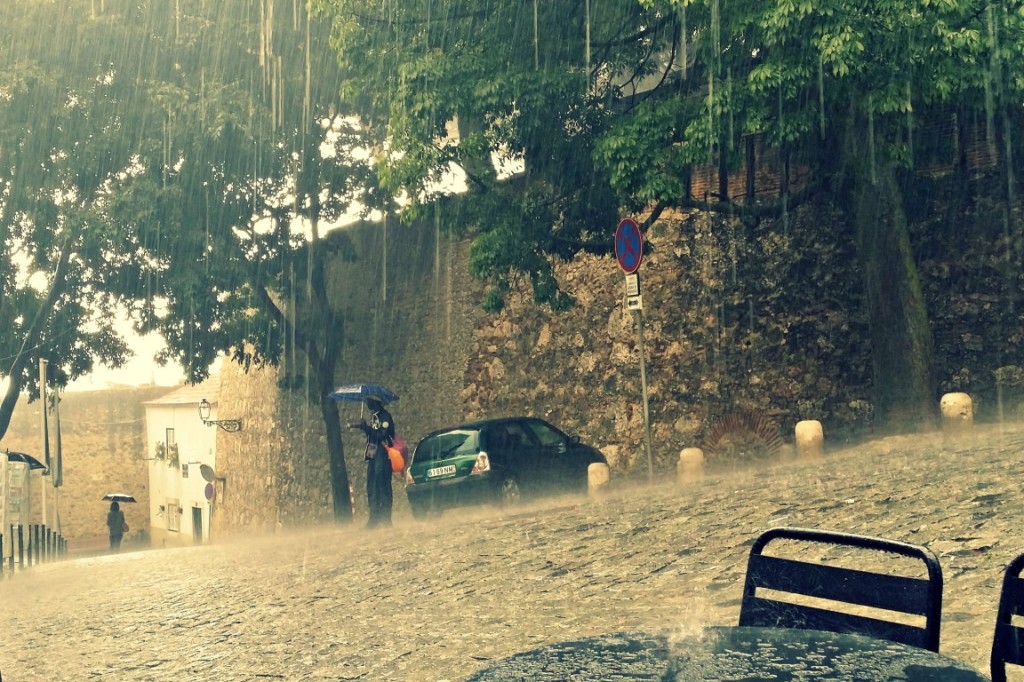 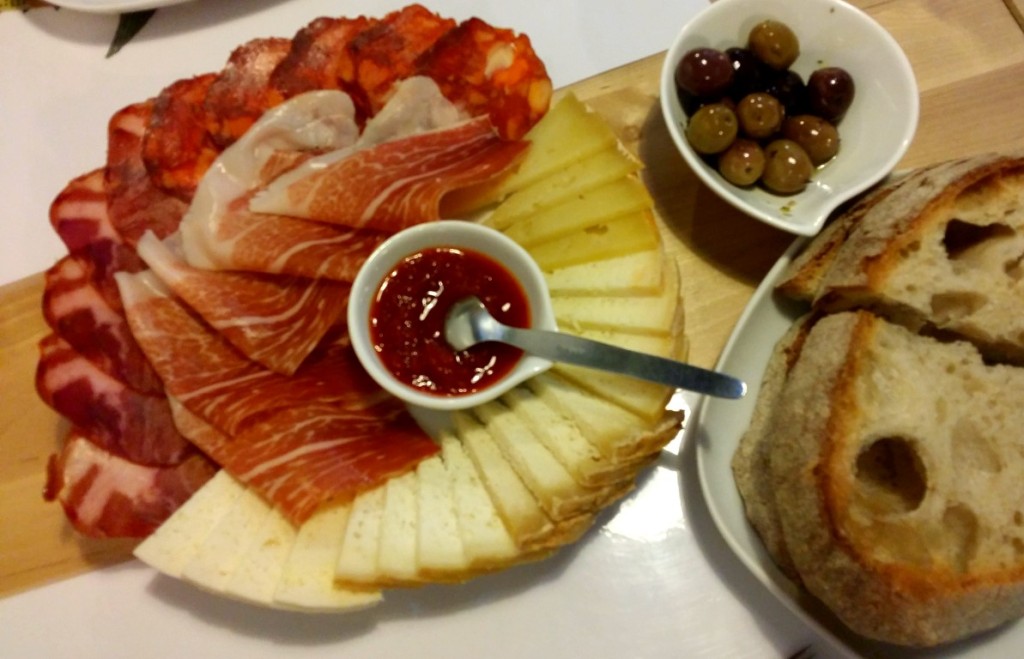 When that was over several hours later and it was still raining, we relocated to a cosy bar and continued our wine tour of Portugal. Some might consider it a wasted day because we didn’t get to do much sightseeing (we tried the castle, but got so drenched in between the gate and the ticket office we decided it wouldn’t be much fun walking round), but actually it was perfect – just relaxing, with no agenda, nowhere to be, and the feeling that we could just spend time together with no pressures at all, other than keeping a vague eye on our bar tab! We have so rarely had time like that together lately and it was great.

The sun happily came out the second day, and we took advantage of it and saw all manner of amazing sights as well as finding time for shopping, tracking down some beautiful 17th century azulejos (tiles) for which Portugal is so famous.

I bought six of them at the famous flea market Fiera do Ladra, and one day I hope they will be a sink backsplash or something similar in our bathroom or kitchen. A little premature, because we don’t have a house yet, but it means I won’t need to go back to Portugal once we do to buy some. Hmm. I clearly did not think that one through. Maybe we will like them so much we will need to go back for more! Let’s hope, because three days really wasn’t long enough to appreciate everything Lisbon had to offer. 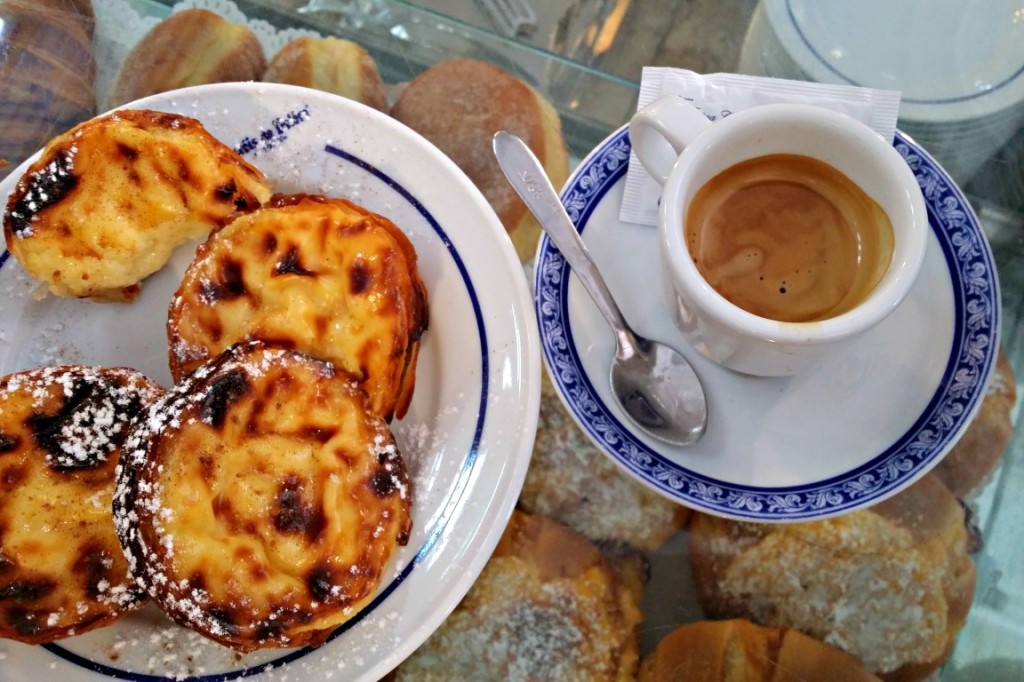 I didn’t even know you could do this on my phone – this is what I saw when I looked at the pics later! Nice photo-bomb! 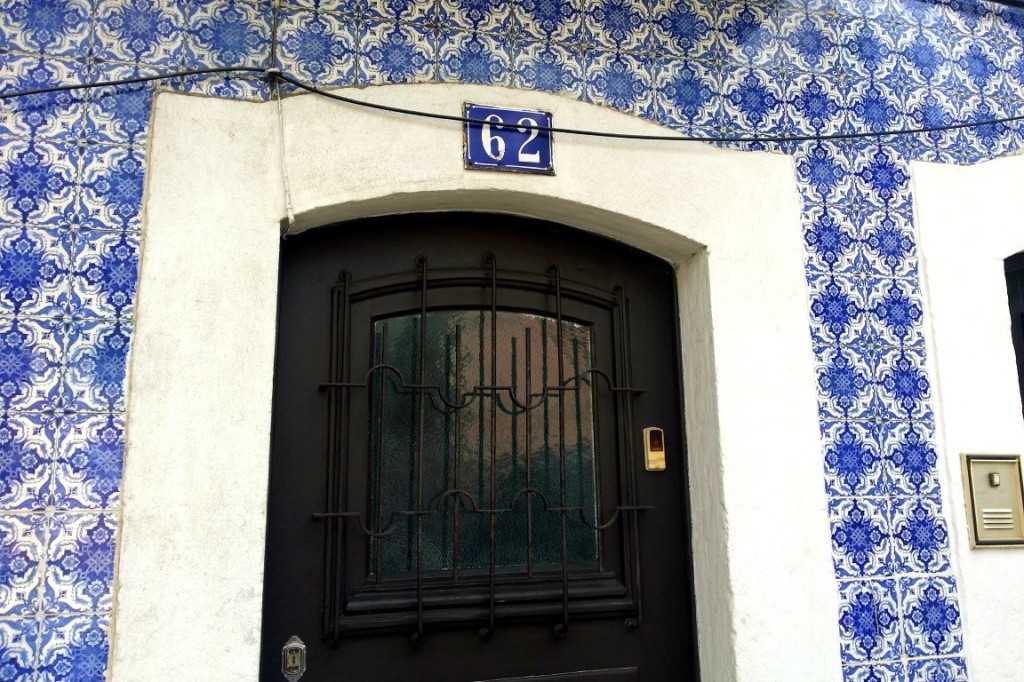 The third day we spent relaxing on the beach at Cascais, just a half an hour down the coast from Lisbon. My eReader finally got some love after months and months of gathering dust which was fantastic. I so miss reading for pleasure. I used to devour books in a matter of days, and never had anything unread on my shelves. These days I have an entire bookcase waiting to be read almost (including all of Game of Thrones – I know if I start that then the thesis will never get finished). One day soon I can get back to them. 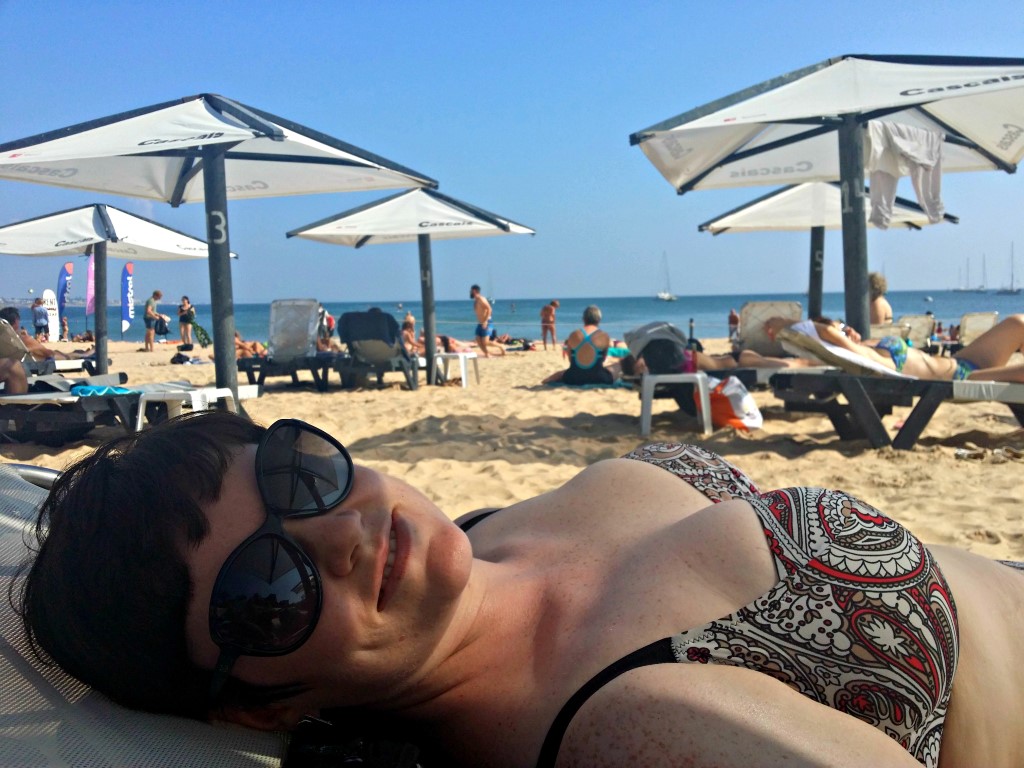 So relaxed was I after this wonderful few days that I managed to spectacularly mess up on our way home. I had convinced myself (thanks to the parking lady at Luton mentioning we returned at 12.45) that our flight departed at that time. Smugly arriving at the airport at 10am thinking we had plenty of time, we realised that our flight in fact landed at 12.45 and our plane had just taken off. Argh! Hundreds of flights and I have never once been late for or missed a flight, despite a few close calls, but I have never done anything quite so stupid as to not check the flight time. Ste was amazing – he laughed. I would have murdered me. Happily there was another flight later that afternoon with some space, so we re-booked onto that (which wasn’t anywhere near as costly as I’d thought it would be), and then headed out onto the terrace and got some beers and a few last-minute pasteis de nata (Portuguese custard tarts, of which we sampled many) and relaxed in the sun. We were definitely early to the gate for the next flight!

Friday it was straight back into work, catching up on the backlog and being told about a few new projects with very tight deadlines over the next few months. Despite my hope that work might slow down a bit, it seems the exact opposite is happening and in between now and March I will have to produce five new books! Ah well, I am always more efficient when I have lots to do. Ahem.

So, that’s where I’ve been for a little while. Back to the grindstone now, with the thesis again and lots more on at work, but blogging is the best form of relaxation I’ve found lately, so hopefully you’ll hear a bit more from me from now on, and I’ll certainly be writing up some tips for Lisbon, because we found some wonderful places on recommendations from friends, so I want to share them with you all too.